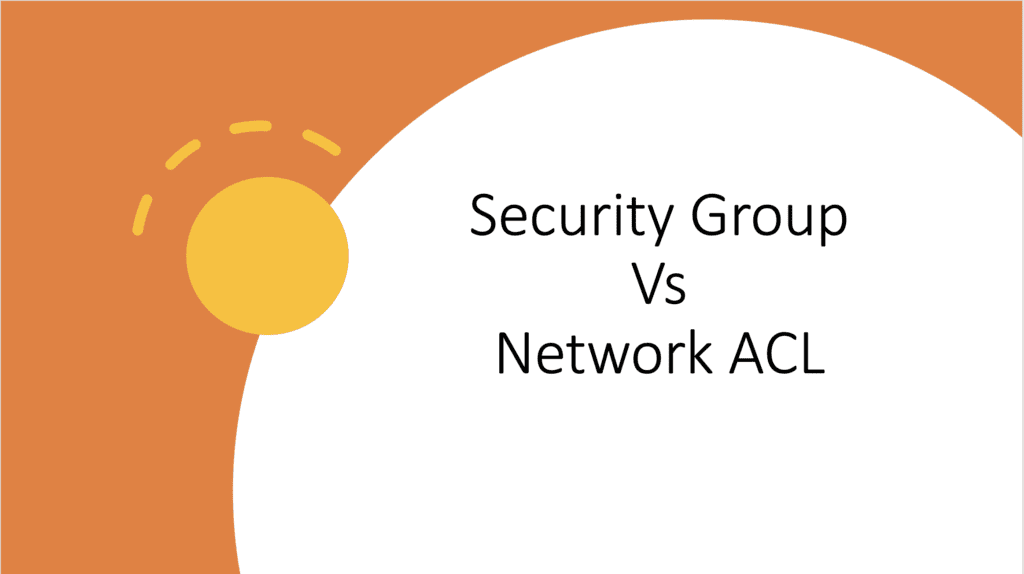 This question is always been asked when you go for an interview for cloud security, cloud architect or cloud technologies. To understand different between “Network access control list (NACL)” and “Security Groups” lets first understand following terms in the reference of cloud.

Subnet – A network inside network called Subnet. Subnet is range of IP addresses within a network. It is like reservation of those IP address so not available for others in a network. Subnet makes routing more efficient as it does not need to travel unnecessary routes. Inside VPC these IP address are private IP range which is not accessible via internet directly.

Firewall – Firewall is network security component, which monitors your incoming and outgoing network traffic and allow or prevent data packets based on the security rules and business rules.

There are multiple categories in which security group and network ACL can be compared.

State is most important component while comparing security groups and network ACL.

Network ACL’s are applicable at the subnet level, so any instances within the subnet group gets the rule applied. A network ACL has separate inbound and outbound rules, and each rule can either allow or deny traffic. A network ACL contains a numbered list of rules. We evaluate the rules in order, starting with the lowest numbered rule, to determine whether traffic is allowed in or out of any subnet associated with the network ACL. The highest number that you can use for a rule is 32766. We recommend that you start by creating rules in increments (for example, increments of 10 or 100) so that you can insert new rules where you need to later on. One subnet can have only one NACL.

Security group support allow rules only (by default all rules are denied). e.g. You cannot deny a certain IP address from establishing a connection. All rules in a security group are applied. Security groups evaluate all the rules in them before allowing a traffic.

Network ACL support both allow and deny rules. By deny rules, you could explicitly deny a certain IP address to establish a connection example: Block IP address 123.201.12.12 from establishing a connection to an instance. All rules in NACL are applied in their order. i.e rule with the lower number gets processed first.

Network ACL first layer of defense, whereas Security group is second layer of the defense for inbound/ingress network request.

Security group first layer of defense, whereas Network ACL is second layer of the defense for outbound/egress network request.